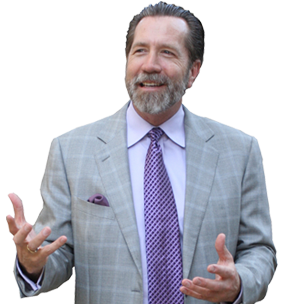 A lot of people claim they want to live life to the fullest, but Greg Herder is one of those rare individuals who has actually done it. The son of a preacher and missionary, Greg’s childhood was spent in Wyoming and three years in Africa.

Full of dreams and ambition, Greg joined the Marine Corps at 17 and got married at 18. As a Marine he was trained in computers, but realized the military life was not a good fit for him. In his final year as a Marine he started selling real estate. He fell in love with the energy and excitement of the competitive real estate market of Orange County California.

Greg became consumed with real estate. He worked seven days a week and was soon winning awards for productivity. But his success cost him a divorce after only four years of marriage. He learned one of life’s most important lessons early in life: Success is not worth the price you pay if you lose the people you love in the process.

After two years working for Jim and using his knowledge of real estate and computers, Greg saw an opportunity to tap into the emerging field of desktop publishing to create affordable high quality marketing materials for real estate professionals. In 1986 he started Hobbs/Herder Advertising which he grew into a company of 140 people with 20 million a year in sales. Along with growing his business, Greg went to night school and earn his BA degree from California State University Fullerton. He also attended many courses on leadership and personal development, as well as traveling the world with his wife and their three sons.

Greg was asked to share his story and he started conducting seminars on marketing, leadership and personal development. Following Jim Rohn’s coaching to make learning a never ending part of life, Greg earned his MBA from the University of California, Irvine as well as participating in the CEO mentoring forum, Vistage International, for 12 years. He also served on the Board of Directors for NewKey Mortgage Corp and for the Orange County Association of Realtors.

When the real estate market crashed in 2008, like everyone else in the industry, Greg and his renowned agency were affected. He did some soul searching. He realized that what he loved most was coaching and training people so he began the process to wind things down and closed Hobbs/Herder in 2105, so he could focus on coaching people and conducting seminars on personal development, leadership and communication, and maintaining a balance between your personal and professional life.

After 30 plus years of marriage, raising sons and having four grandkids, Greg and Janet are madly in love with other. Greg has truly lived life to the fullest. He has had amazing success and devastating failures along the way. The one constant that helped him through it all was the coaching and mentoring that he received from Jim Rohn.

Greg is passionate about coaching others and helping them build the life they always wanted. If you are ready to make the most of your life, then you need an extraordinary person to coach you. If you are ready to change your life in a positive way, he would love to help you on that journey.